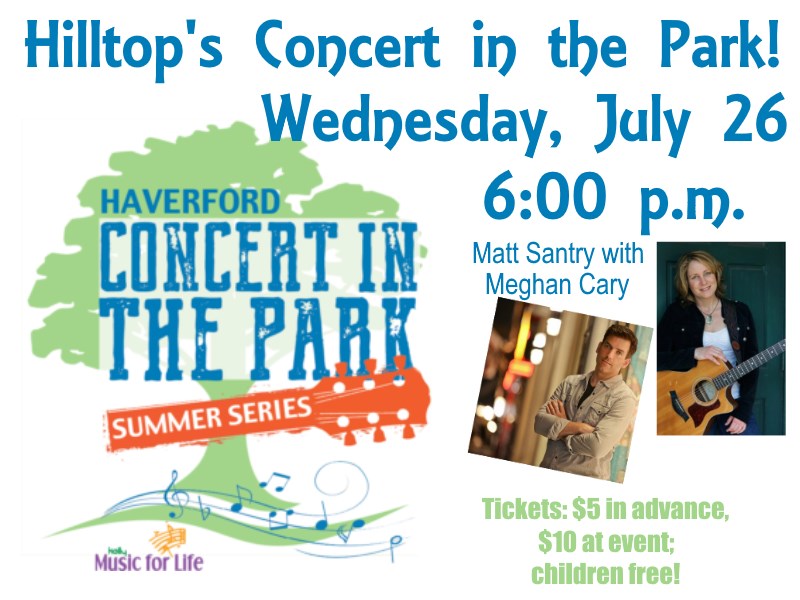 We’re hoping to get as many fans, neighbors, families and music lovers as possible to Hilltop’s Concert in the Park!

Our Civic Association will have snacks for sale, so bring a little extra $$$!

Tickets are $5 if purchased in advance, $10 at the door – but the kiddos get in for free! And you know there is plenty for them to do while you enjoy the music.

And what a lineup: Matt Santry with Meghan Cary!

Matt Santry
From full-time social worker to full-time musician, Matt Santry has made the unlikely transition from playing music for Autistic children to rocking audiences of loyal fans. Santry credits the years he spent working one-on-one with children with disabilities as a contributing factor to his ability to successfully create a connection with his current audiences.
Since 2006, Santry has performed over 500 live shows in venues from Los Angeles to New York and has been quickly grabbing nationwide attention. His latest release, “Fall” is available on iTunes and Spotify.
Matt has also launched an online live concert series “Musicians House Calls Online” to bring the experience of his concerts to those who may be too get out to a show. Matt was recently featured on CBS3 in Philadelphia.

Meghan Cary
Meghan Cary didn’t mean to be a musician. When her fiancé unexpectedly died, she picked up his guitar, figured out how to play it, and wrote her debut, earning her Billboard Magazine’s Critic’s Choice for Best Newcomer. “I wrote my grief into song and sang my way out of the abyss. I keep making music to help others connect with their own stories and find their joy.”
Known for her unabashed willingness to connect with her audience, Cary brings listeners to their feet and at times to tears with high-energy tunes, masterful storytelling, and deeply personal lyrics that resonate universally. After pushing pause on performing to raise two children, Cary launched back onto the scene at Philly Folk Fest and was awarded a coveted Emerging Artist Showcase slot at Falcon Ridge Folk Festival. Cary’s smoky voice, emotional singing, and vulnerable writing garner favorable comparisons to Melissa Etheridge, Shawn Colvin, and even Bruce Springsteen. 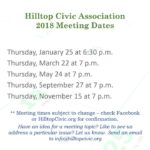 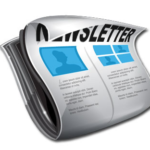